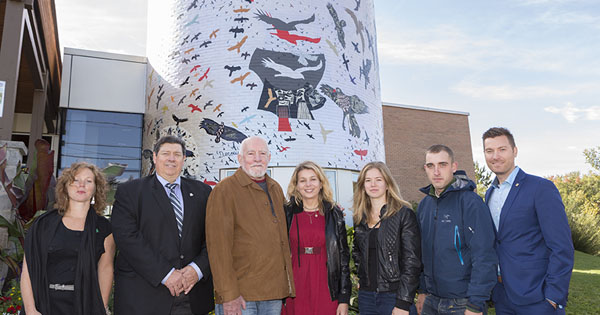 Montréal, September 29, 2016 – Loto-Québec is taking advantage of the Journées de la culture to unveil an artistic legacy to the Town of Mont-Tremblant and a showcase of Québec art at the Casino de Mont-Tremblant. The initiatives create an artistic journey in this Laurentian municipality and demonstrate Loto-Québec’s willingness to make the works of art in its collection more accessible than ever before. In so doing, the Corporation continues to support creativity with innovative projects.

About the Collection Loto-Québec

One of Québec’s largest corporate collections, the Collection Loto-Québec brings together almost 5,000 works created by over 1,200 artists. Since its creation in 1979, this priceless Québec cultural heritage collection has showcased the work of local artists.