Located along Route 158, which crosses Basses-Laurentides from east to west, and nestled between two fields in the small municipality of Sainte-Sophie, Fromagiers de la Table Ronde [Cheesemakers of the round table] has proudly greeted visitors for 18 years. Farmers by tradition and organic producers by choice, these passionate, award-winning cheesemakers form a big family, in every sense of the word. Meet the Alary clan.

These days, everyone’s talking about the importance of finding young people to pass on the torch in the agricultural sector. However, this has never been a problem for this family, who’ve been farmers for five generations. To be more precise, they’ve been working the same piece of land in Sainte-Sophie since Joseph Alary bought it in 1922.

Like his grandfather and father, Gabriel Alary grew up on the farm. From a very young age, he and his sisters and cousins pitched in with whatever needed to be done. And like them, he had a natural inclination to continue the family tradition as an adult.

Today, Gabriel heads cheese production for the business, alongside his family members, who oversee the fields, the herd of cattle, the shop and marketing. Their unique family business model reflects that of the legendary knights referenced in the company name. “We work together, we’re all equal and we’re all driven by the same philosophy,” explained Gabriel.

Le Rassembleu: A springboard to success

“Starting the cheesemaking business was my father’s dream,” said Gabriel. By doing so, Ronald Alary wanted to give more family members a chance to work on their ancestral land. However, for Gabriel, who was studying food processing at the time, his passion for the craft began in a garage. “That was where I practised making my first batches of cheddar with surplus milk, before we opened the cheesemaking business. And that’s where I really began to enjoy making it,” he recalled.

While he was experimenting with making cheese, the farm was transitioning to an organic farm. With these new assets, Les Fromagiers de la Table Ronde began operations in 2003 and offered its two first cheeses: a cheddar, as well as a brand-new cheese for the Québec market, which made a lasting impression. “With Le Rassembleu, we wanted to create the first certified organic blue cheese that was accessible to everyone, at a time when people weren’t buying Québec cheeses,” explained Gabriel.

The experiment proved to be a master stroke. Le Rassembleu was an immediate hit with both the public and experts, garnering the Caseus award for the best cheese from a new Québec company in 2004. Year after year, the cheese has received accolades and awards, including the Canadian Cheese Award in 2018. However, Le Rassembleu isn’t their only creation to shine on the Québec and Canadian stage. Le Fleuron, La Galette and Le Ménestrel have also been winners in high-level cheese competitions.

A cheese for every palate

The Alary family’s sales approach has always reflected their family philosophy. As Gabriel explained, “We want people to visit us and leave not only with a blue cheese, but with a soft cheese, some cheese curds and a mozzarella as well. Basically, we aim to offer a selection of cheeses that everyone will like.”

Some of these creations are available in stores, while others are exclusively sold at the cheesemaker’s shop, which also features specialized products made by a number of artisans in the area. Customers can stop by and pick up local goodies or have a picnic at one of the tables out front.

Beyond their diverse line of cheeses, one of the business’s biggest assets is the expertise of a family who, unlike most cheesemakers in Québec, opted to make organic farmstead cheese. “All of the steps in our cheesemaking process happen here,” said Gabriel. “That applies from the field to the farm. Our cows graze on our land from spring to fall and only eat ingredients from our farm, where we don’t use any pesticides or chemical fertilizers. It’s also true from the farm to the cheesemaking facility, as we only use organic milk from our cows to make our cheeses.”

This integrated approach gives the cheeses unparalleled traceability, quality and personality. However, it also comes with some drawbacks that other cheesemaking businesses don’t have to face. “Since we don’t adjust the percentage of fat or protein in our milk, they can vary according to the season,” Gabriel explained. “We have to pay more attention to the milk to standardize our products, but we realize that they won’t always be exactly the same.”

However, the success of Les Fromagiers de la Table Ronde proves that cheese afficiandos hardly mind this variation. In fact, they prefer it. The company has a host of loyal customers in the Laurentides region. “We’re also drawing visitors from Laval, Montréal and even Gatineau,” Gabriel proudly told us.

So, after 18 years of experience in the cheesemaking business, has Ronald Alary’s dream of seeing his family working together on their ancestral land in Sainte-Sophie been fully realized? Without a shadow of a doubt. And, like the legendary knights, these cheesemakers continue to amaze us!

Check out these accommodation trends 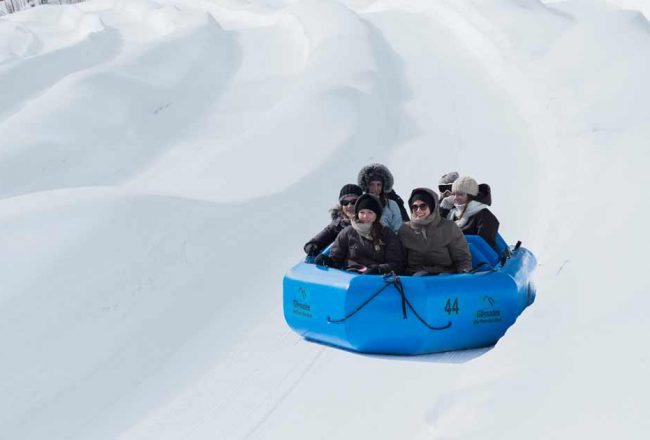 15 Holiday activities in the Laurentians 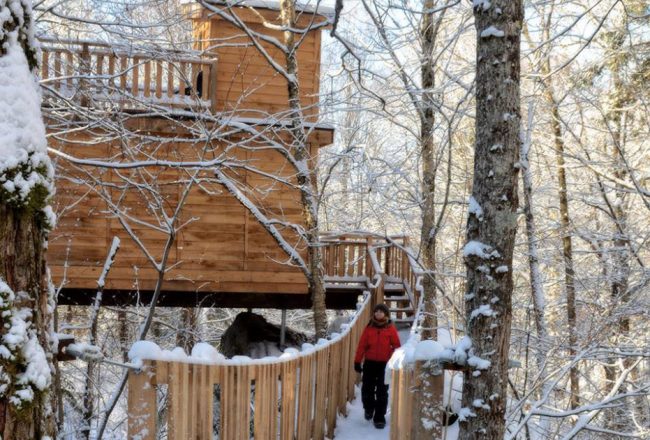 Huts in the Laurentians!