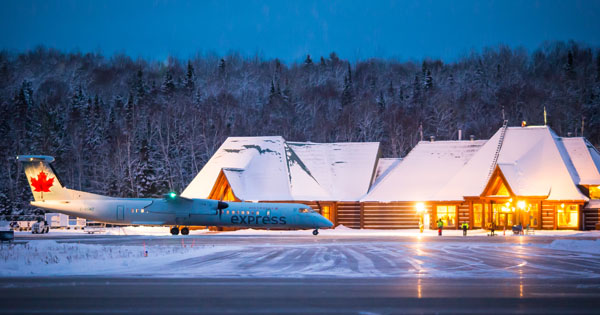 Tremblant, May 26 2016 – For a 3rd consecutive year, Air Canada Express will be offering four weekly direct flights without stopovers between Toronto Pearson and Mont-Tremblant International Airport. Providing service from December 23 2016 to April 3 2017, groups and vacationers travel aboard a 74-seat Bombardier Q400. From $136 for a one-way ticket including taxes, tickets can now be booked at www.aircanada.com.

While the flight schedule is perfect for a quick long-weekend getaway or weekday business trips, it also accommodates travellers with connections on international flights through Air Canada’s state-of-the-art turntable, in Toronto. A shuttle service links the airport to the resort.

About Tremblant
Tremblant is a top resort destination owing to the excellence of its four-season guest experience both at the mountain, and in its pedestrian village. Its views of the Laurentians, the diversity of its offer and its highly acclaimed major events – of which IRONMAN Mont-Tremblant, 24h of Tremblant, Wanderlust and the Tremblant International Blues Festival – have earned it a place among the World’s 25 Best Ski Towns in 2015 according to National Geographic, and the title of #1 Ski Resort in Eastern North America for an 18th year by SKI Magazine readers. With your sweetheart, friends, family or group, Tremblant welcomes vacationers on direct flights from Toronto with Porter Airlines, to enjoy 1,900 lodging units fanned out across 13 hotel establishments, over 75 restaurants, boutiques and a Casino, all at nature’s doorstep.