Event planning means going above and beyond!

Interviews and writing by Lyne Branchaud

In the events sector, some projects require organizers to get out of their comfort zone and push themselves—and their partners—to the limit! These companies in the Laurentians rose up and met the challenge with gusto. Here are two accounts of such challenges from André Boutin, owner at Logoflex, and François Desrochers , Convention and Services Manager at Le Grand Lodge Mont-Tremblant.

“One of the biggest challenges I ever had in my whole career was logistical,” says André Boutin of Logoflex – sale of promotional items and corporate gifts.

“For their 75th anniversary, a company that wasn’t one of our customers yet wanted to give each of its 7,500 employees across Canada and the United States a cooler in the company’s colours filled with some of their fresh products,” says Boutin, whose Piedmont-based company sells promotional items and gifts. 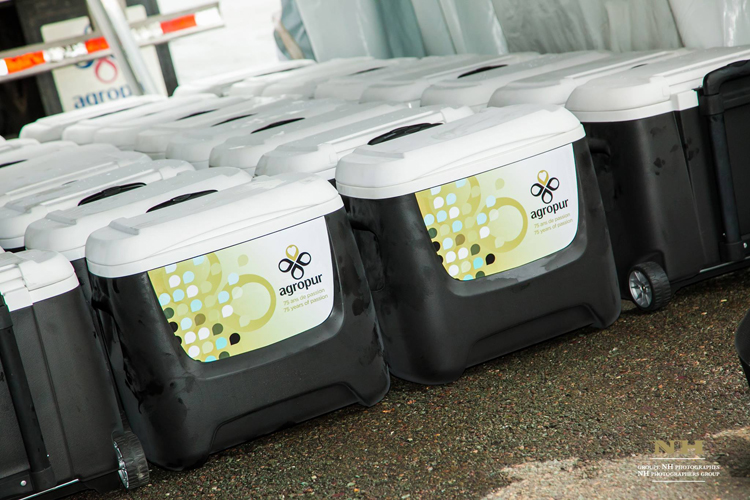 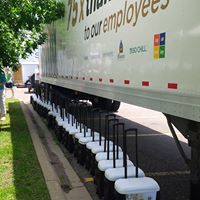 “The project manager on the client’s end had asked several suppliers to take on the mandate, but we were to only ones willing to commit to this extremely complex logistical adventure. Just imagine, we needed seven 45-foot trucks to bring the coolers from Texas to Montreal, where they would be filled and then delivered across North America! There were several logistical challenges. First, we had to find a supplier for 7,500 coolers, find a reliable carrier that covered all of North America, get tons of ice packs to keep the food cool in the coolers, coordinate all the deliveries… We even had trucks that got stuck at customs because of administrative documents, oof!” recalls Boutin. 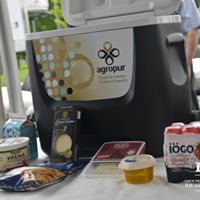 “We were all struggling together and we showed extreme flexibility by being in contact 24 hours straight some days, even though that meant answering the phone on Saturday during family dinner. But what I remember the most about this project is that we got it done thanks to the cooperation of everyone involved and an excellent partnership between each and every person. It was an awesome team effort!” says Boutin.

“I remember one client in particular who wanted a wild event, an experience that the guests would remember for several years,” says François Desrochers of Le Grand Lodge Mont-Tremblant.

“It was an event that lasted two days and included a cocktail dinner and gala evening with dancing. The budget wasn’t an obstacle for the customer, who asked us to build a platform with handrails and tents so the 350 guests could eat on the water… He also wanted a 25-ft. walkway from the beach to the platform that would be covered with a red carpet and lit with candles! I don’t need to tell you that the challenges and logistics behind this idea were quite demanding!” says Desrochers.

“First of all, we worked for six months on this project to make it happen. Imagine everything we had to do: requests to the city, the board of directors, and local residents to get permission, then we had to come up with the technical plans for the platform, buy insurance, hire a team to build the platform and a team of divers to anchor it, technical teams to cover the cords for the audiovisual equipment with protective sheaths, install vases and lights as decorations on the lake, hire lifeguards and security… And for all that, we had a three-page budget to manage!

“It was definitely one of the biggest logistical challenges of my life! Just to give you an idea, it took us eight to ten days to set it up and three days to take it down! But that’s not all! In addition to the platform on the water and the walkway, the customer also wanted us to remove the railings from the balcony of our hotel so we could have a custom staircase built that would give the guests direct access from the street to the bar, so they wouldn’t have to go through the hotel!” says Desrochers with a smile. 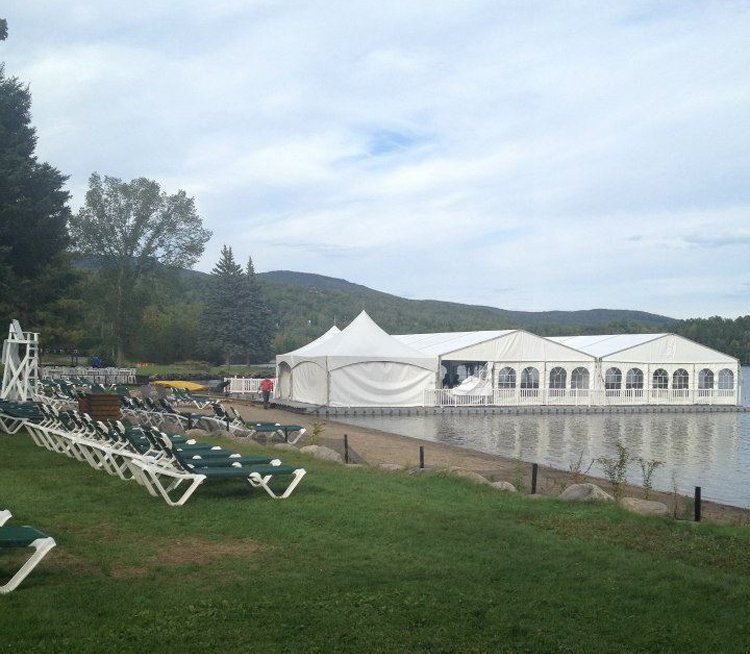 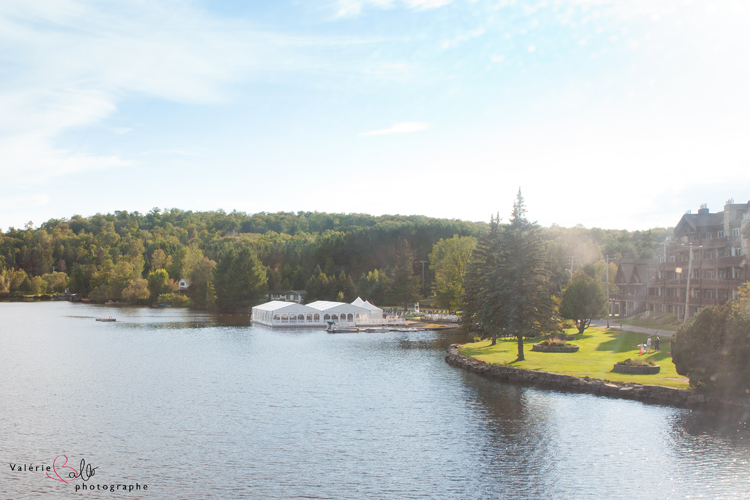 “This event was really the sort of project you see once in a career and that requires incredible cooperation between everyone involved. I’m really lucky to have been part of the team behind this event and especially to have successfully accomplished it and got to see it!”

Lyne has been the president of Guide Événement for six years and is involved in planning several corporate events and conferences (Descair, Aubainerie, RISQ, etc.). Lyne is also a lecturer and professor of event planning at Zoom Académie and LaSalle College. With over 20 years of experience with advertising agencies and corporate events departments, including Provigo and Uniprix, Lyne is the author of the best-selling book L’organisation d’un événement : Guide pratique and the blog Guide Événement, which is dedicated to anything and everything related to events.

The Laurentians—inspiring setting and lively villages

Experience a one-of-a-kind business event in a spectacular setting with an ambiance that promotes project success and teambuilding. The Laurentians is THE business destination! 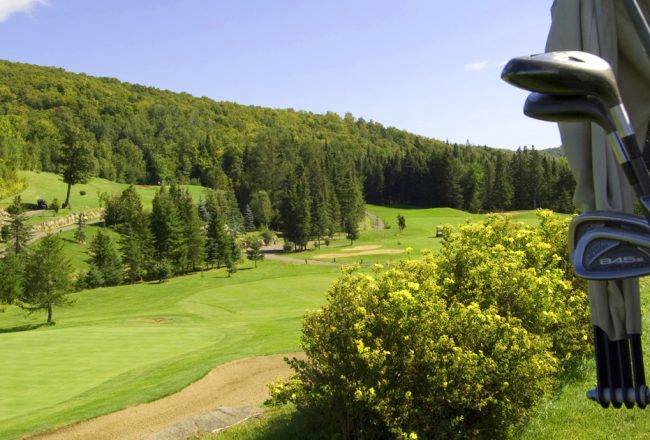 Discover the golf clubs and golf courses that the Laurentians have to offer! 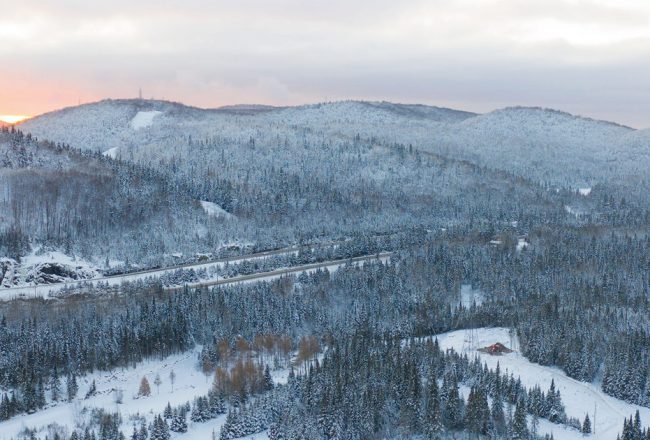 Ten Reasons Why the Laurentians Should Be Your Next Business Destination 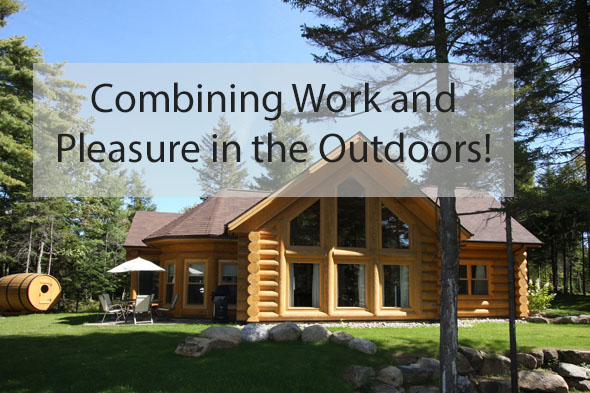 Combining Work and Pleasure in the Outdoors